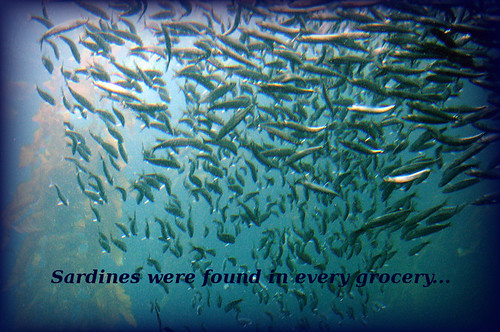 Between Pacific Tides, a photo by Old Jingleballicks on Flickr.

Via Flickr:
"During the First World War a new fishery was developed along the coast of California, and in a few years California sardines were found in every grocery store in the land, usually in large oval tins. By the mid-1930's, the annual catch of sardines was reckoned in millions of tons and the economy of Cannery Row was in its palmiest days." -- Ed Ricketts, in "Between Pacific Tides"